John is married to Rita and they have two grown children and five grandchildren. He and Rita now live on the West Coast of Canada.

He grew up and was educated in the United Kingdom. He studied theology in Birmingham, England and in Toronto, Canada.

His life experience has been in business, in pastoral ministry, in Christian journalism and for the last twenty years before retirement he was the Executive Director of Eurovangelism Canada.  As such, he travelled extensively in Eastern Europe, from Russia in the north to Albania in the south.

A number of the stories found in John’s book Miracles: Coincidence or Divine Intervention are from his years of travelling into Eastern Europe. 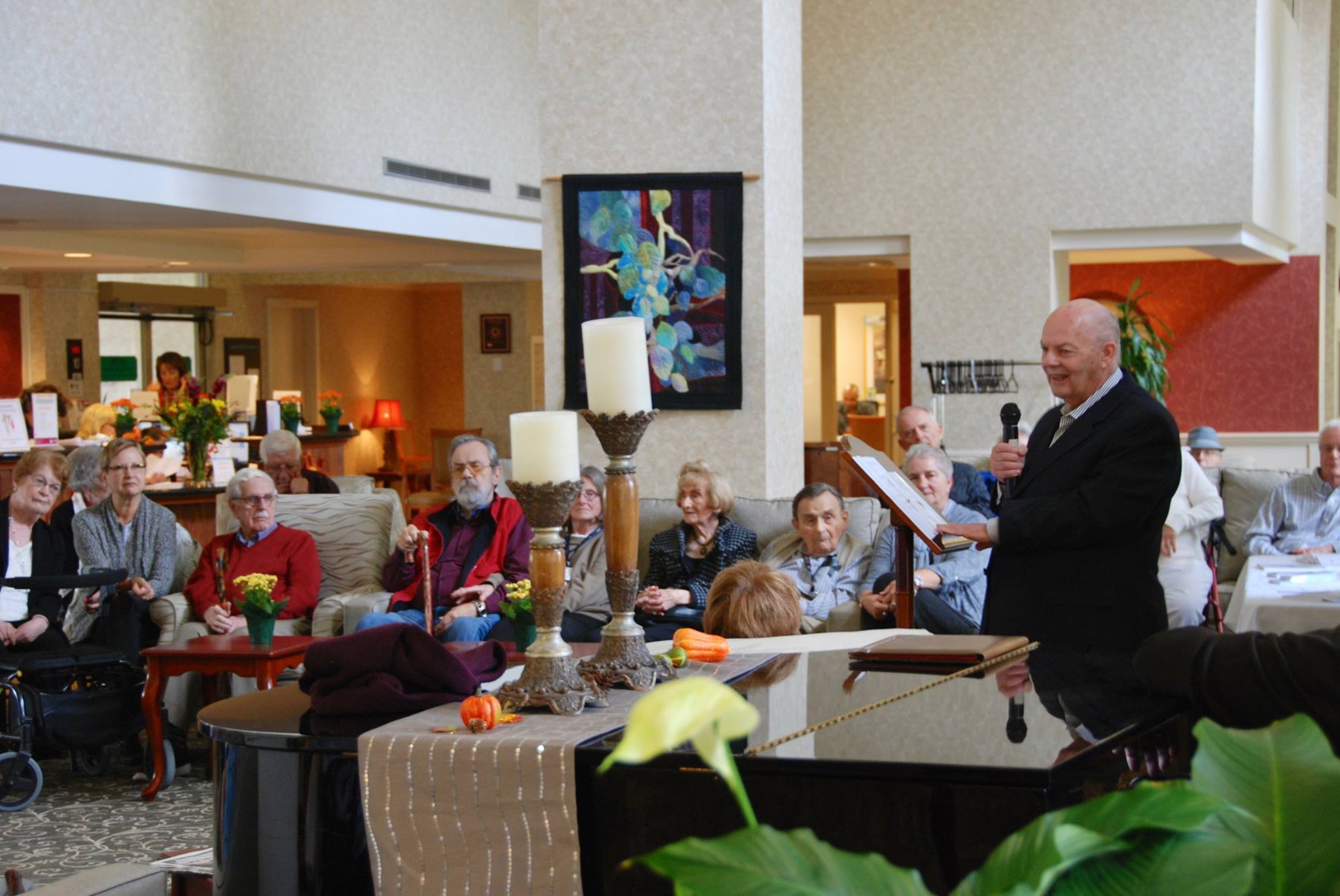 Photo of John reading at his last book launch.